There are many tales and legends surrounding the discovery of coffee, the most romantic and popular tale favored by historians is the story from 850AD, of Kaldi, an Abyssinian goatherd. While tending his flock of goats, Kaldi noticed that they developed peculiar antics after feeding on the bright red berries of an evergreen bush. Bravely, he tasted the berries himself and to his amazement he felt extraordinarily uplifted and invigorated. So Kaldi took this discovery to the neighbouring monastery and told the prior about the miracle he had discovered. The orthodox priesthood pronounced it intoxicating and prohibited its consumption. However, wayward monks did notice that it was very helpful in staying awake during long vigils of prayer…

The legend of the first roasting of the beans is the story of two monks who had regularly been entrusted with the picking of the berries. On a rainy afternoon, with a wet crop of beans, they placed them near an open hearth with a good fire burning in the hopes that they would dry out. Having forgotten about the berries, they were reminded when a most fragrant aroma greeted them and the charred beans were discovered. “Something this good could only come from God”, they said, and so the Abbot gave the beverage made from the charred beans his blessing. 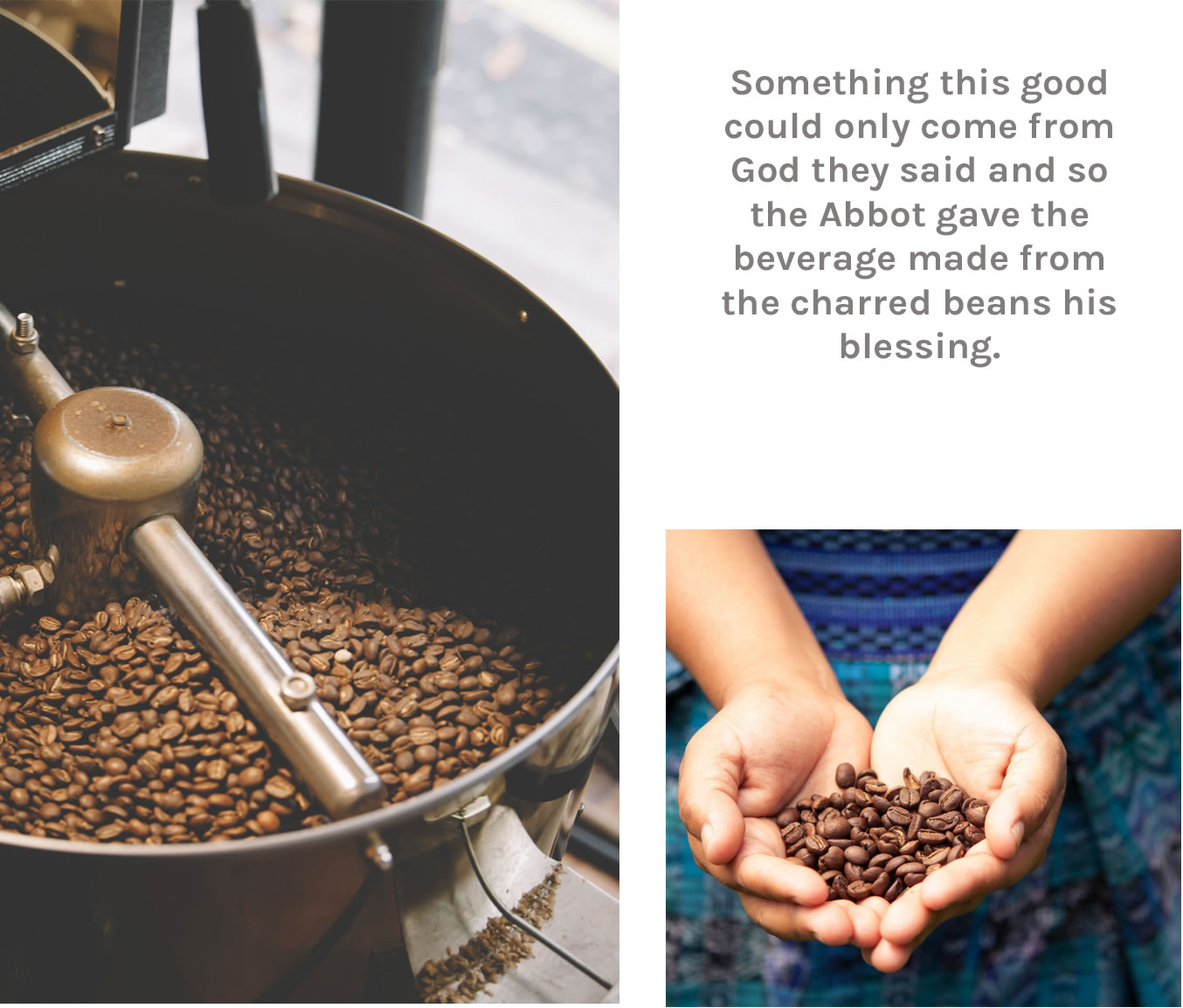 This humble bean has been loved, hated, condemned as Satan’s brew and blessed by the Pope. It has been closely guarded by armed guards and smuggled in pockets across oceans. In the Ancient Arab world, it became such a staple in family life that one of the causes allowed by law for a marital separation was a husband’s refusal to produce coffee for his wife. 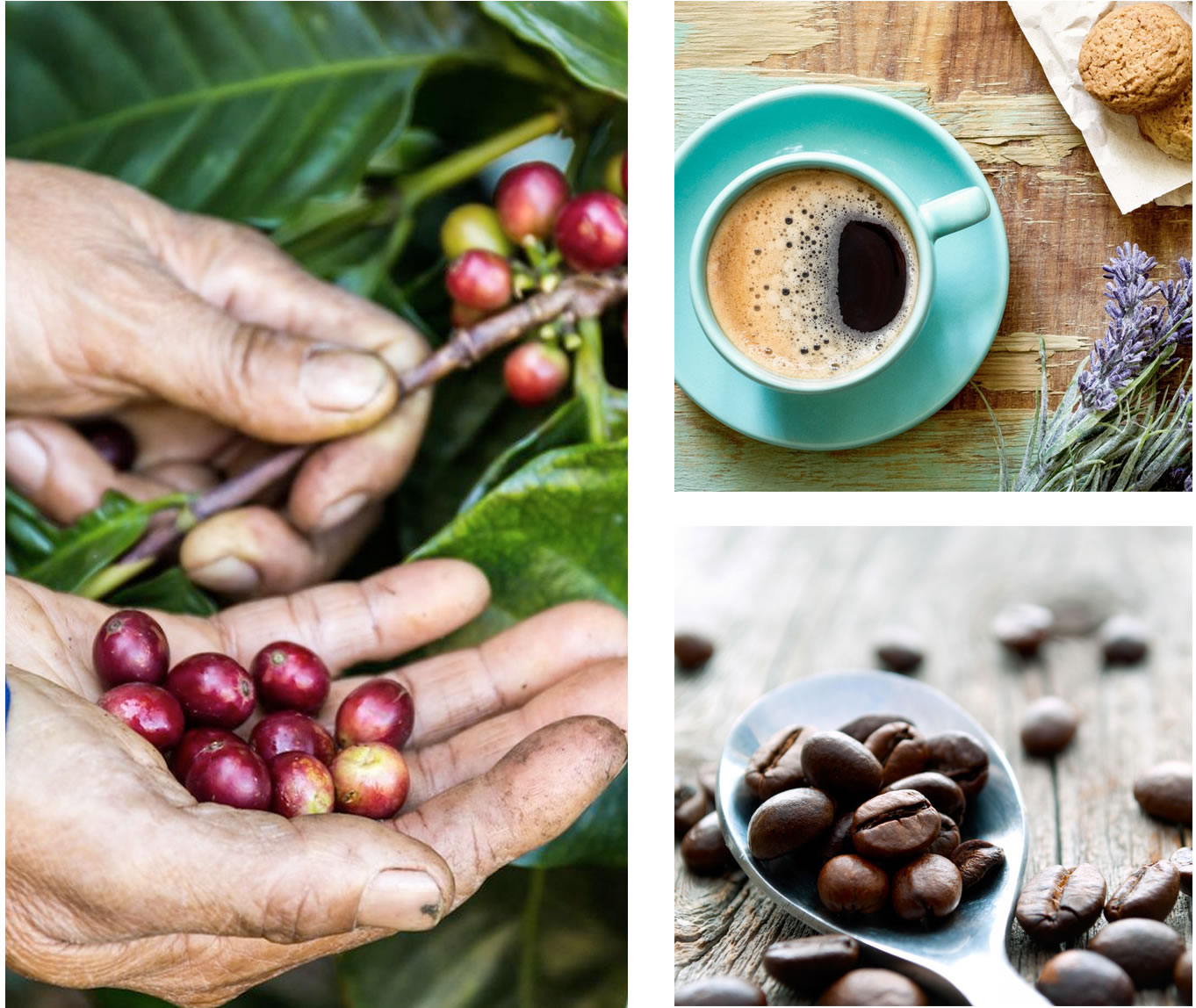 In Colombia the leaders encouraged their people to grow coffee but they were reluctant and refused as it took too long for a return on their crop – the average time being a full five years for a decent crop. Francisco Romero, a priest in a small village decided to give the task of planting three or four coffee trees as penance instead of other popular punishments. On hearing this, the Archbishop thought it a splendid plan and ordered that it become the general practice. So Colombia today owes its abundance in coffee and leadership in the world of coffee producers to the sins of its fathers; it is now responsible for producing over 30% of the world’s coffee.

Coffee houses spread rapidly after the first one was established in London in 1652. Milk was first added to the drink in 1680 when a French physician recommended it for medicinal purposes. In the USA, drinking coffee became an expression of freedom in a rebellion to the tea tax. The American Civil War saw soldiers carrying coffee beans as their primary food ration. During World War II the coffee break became a fundamental part of the working day as it was introduced in the war time factories.

Instant coffee became mainstream in 1950 and this changed the habits of coffee drinkers the world over. The Robusta variety, an inferior, cheaper and more bitter bean was chiefly used in producing instant coffee. Because it needs to be roasted longer in order to minimize its bitter flavour, it was suited to drying for the use in instant coffee.

The tree produces small white fragrant flowers in a profusion and these fall from the tree as the fruit develops.  It can have flowers and fully ripened fruit all at the same time for a full eight months of the year.  This makes harvesting labour intensive as it each tree must be individually picked.  A tree will live for 40 years and produces about 3½ kgs of berries annually.

A ripe coffee cherry is bright red and the size of red edible cherries. Beneath the pulpy red skin of each berry are two seeds or beans. They are grayish green in colour and surrounded by a silvery skin of parchment-like covering. The fleshy part is removed by a pulping machine and then through a process of fermentation of about three days the rest of the pulp is removed. This leaves the bean, which in turn is dried on racks in the sun and the parchment covering is removed by a hulling machine.

The flavour of the coffee is obtained by roasting the bean at a very high temperature and during the process unwanted substances, like carbon dioxide are released. This causes a loss of weight in the bean and the internal pressure of gas expands the bean and plumps it up. The roasted bean becomes very porous. The longer the roasting process, the deeper the colour and fuller and stronger the flavour develops. How coffee is ground is extremely important: too coarse, the water filters too quickly through it not developing the flavour. If it is too fine, it filters too slowly and retains particles and sediments which spoil the taste.

Coffee is a very personal taste. It is meant to be made and enjoyed immediately and not to stand as it will start to denature immediately. But whether you like it weak and milky, strong and black, sweet or not, iced, frothed, flavoured or as an espresso where you need a glass of water to accompany it, is all a matter of personal choice. Drink it how you like it. Don’t allow anyone to prescribe to you how you enjoy it. 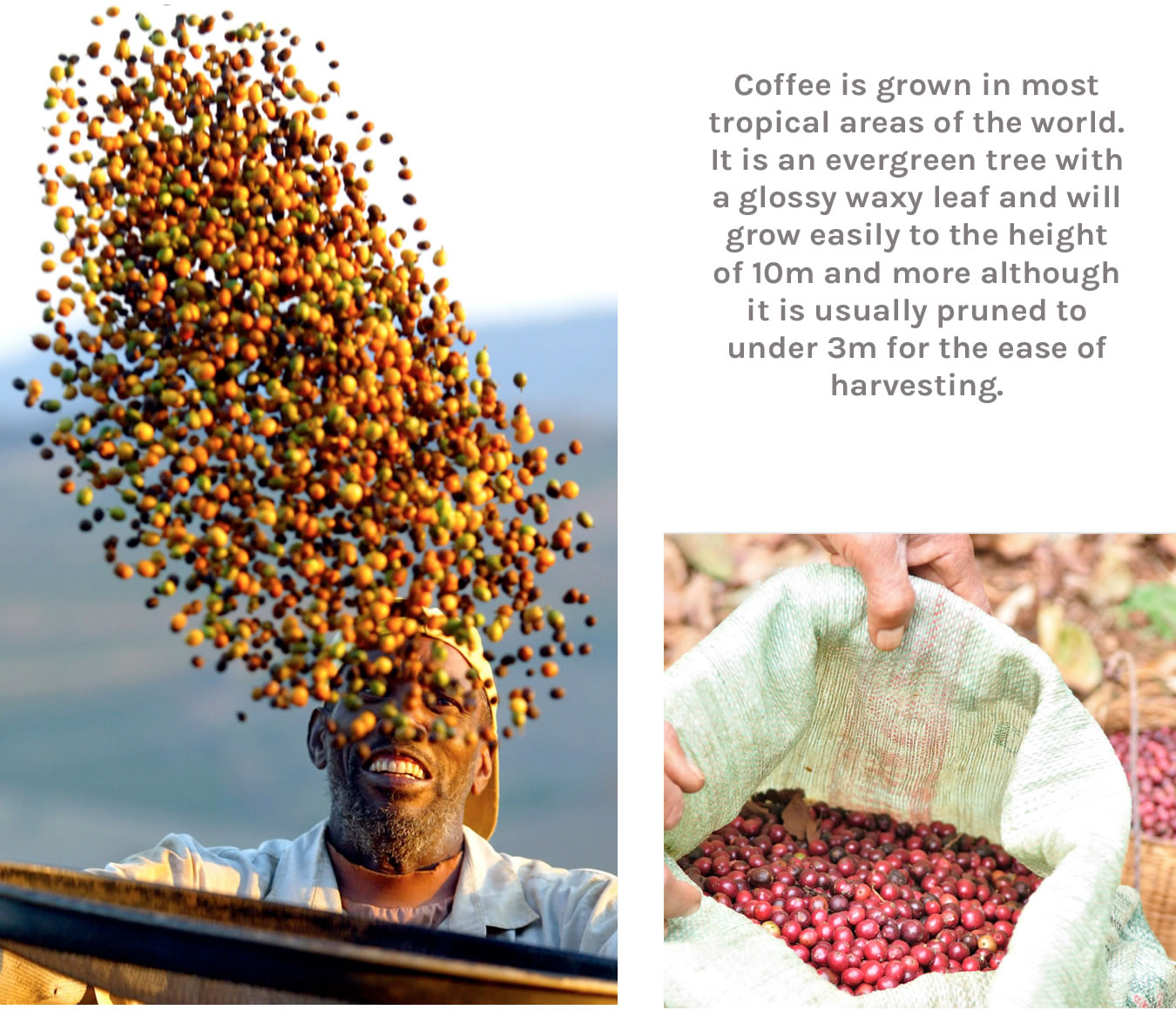